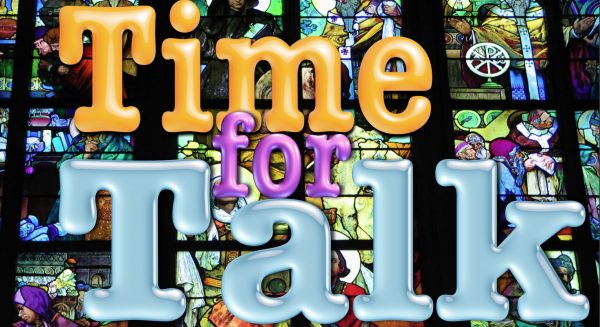 O.K. it’s an attention grabbing title. I make no apology for that. If you’re reading this the title has done its job!

I hope I have not lured you here under false pretences. I do in fact know what a Dead Man’s Spiral is. In fact I’ve done it a few times myself, though never intentionally. If you are a sad person like me who likes playing with model aeroplanes then a Dead Man’s Spiral will have sent your wee plane into the ground like a tent peg! Believe you me that can be an expensive mistake.

An aeroplane takes at least two controls to turn it… ailerons to roll the wings and then elevator to turn it and keep the nose UP. But if you roll it too far the elevator will push the nose DOWN. The intuitive reaction is to use more elevator – which makes the situation worse. A downward (dead man’s) spiral follows with terrible consequences! The response that we intuitively think should save us in fact results in our demise. The fact is you wont get out of the dive until you stop the spin.

So we know the church, our church, is in decline. We’ve known that for a long time (since 1956) but now the painful reality of that decline is setting in. The intuitive response is to make the budget cuts, reduce staffing, make bigger parishes, join presbyteries together and so on… all the things we would probably not even think about doing if we still had loads of money. We need a leaner, fitter church because we cannot afford the one we have. It is very hard, if not imposible to get away from the reality of our situation that we are making changes because of decline. Doesn’t matter how we dress that up, we know the underlying reasons for making change. Change highlights our decline especially as the changes are about having less. Decline makes us very inward looking; the natural reaction is to protect ourselves, protect our church, protect our minister. The very thought of joining up with another church feels like failure and once again highlights our decline. We know the well tested reality of uniting congregations – we never get the sum of the two, there are always church members who can’t or won’t travel to a new location for worship. The intuitive response to decline accelerates at least some aspects of that decline. The more we highlight decline the worse the decline becomes. The intuitive response makes the situation worse.

Any organisation looking to make a turn around in its fortunes does not focus on itself. The focus is on the client. What does the client need? Only when you can answer that question can you address the next (and more introspective) questions. How do we supply that need? How do we do that better than anyone else? An organisation becomes leaner, fitter, more efficient by responding to the needs of others, those whose needs it is seeking to fulfil.

The Christian faith is full of themes of sacrifice, loving and serving. So why are we not on the crest of the wave right now? Maybe because we created a church that focussed inwardly. I’m no church historian but let me hazard a suggestion. From the Union of 1929 (Church of Scotland and Free Church) we created parish churches that had to raise funds to run and maintain buildings and pay minister’s stipend. Now, that was manageable in the early days when many church buildings were new(ish), ministers were paid a pittance and church members were greater in number (1.3 million at 31/12/1956). Now of course, buildings are generally old and expensive to run and maintain, ministers are paid a decent income and membership is down to 300,000. The unintentional consequences of that system was the creation of an inward looking church focussed on sustaining itself; the creation of congregations that developed deep ties to buildings and ministers becasue they committed themselves over decades to keeping it going and supporting the minister they had chosen. Here was a system that was destined to fail. It is not a surprise that it is failing. The surprise is that it has lasted so long. The system is inward looking (though not exclusively so) which has, over the decades, become a bigger and bigger element of church life. And the response to this was all too often, “We need more bums on seats” Cringe worthy I know but indicative of the inward focus that church created for itself. We need them to help keep our church open.

Is there a way out of this for the church? Mission tends to be the accepted remedy to our ills. Mission is somtimes crudely interpretted as “bums on seats”, “getting more members” but in its more refined forms is about bringing people to faith in Christ (not necessarily about bringing people to church). This is the church being faithful to its calling to “preach Christ and Him crucified”. Wonderful. Yet, we cannot escape the sneaking suspicion that the church is focussing on Mission now because of the decline it is facing. Yes, it is more of an outward focus but it has not removed or decreased the inward focus or the anxieties that come with decline. We might honestly say (and this may be how many feel) that the pressure upon congregations is greater than ever before. Congregations are doing all that they did before to keep pace with costs AND now have to undertake and adapt to a form of church life (mission) which is unfamiliar to them.

Isn’t mission meant to be driven by a pure and simple love for God and for our neighbour? Isn’t mission about offering the unconditional love of Christ, no strings attached. Could it be that our drive for mission is inevitably tainted with the anxiety of decline? We rejoice with those who have found faith in Christ but don’t forget to complete your Bank Standing Order! You may think I gest but how often have we welcomed people into the life of the Church by profession of faith and handed thenm their FreeWill Offering Envelopes as part of the same occasion. Really!!

We are weary of the complexity that hundreds of years of tradition and decision making at the Genreral Assembly has left us to cope with. And now we are being called to do something imaginative and radical. Radical – that which is to change the fundamental nature of something.

Why then don’t we make our fundamental change a move from complex to simple. Why don’t we just love God and love our neighbour.

One Reply to “Dead Man’s Spiral”